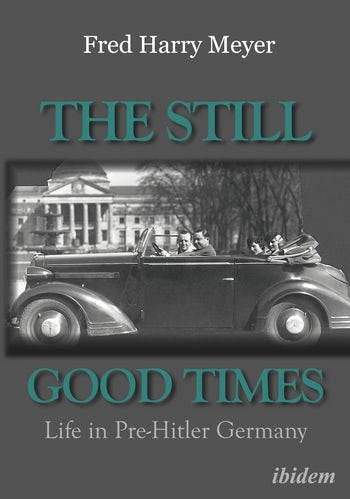 Ever since I left the land that was my home, wherever I have traveled and lived, I have been asked the same question: How could a Hitler happen, in the land of poets and scientists and thinkers, the land of music and arts, the land of plenty, the land of orderliness and efficiency, of cleanliness and dependability, the very land of humaneness?

Born in Hannover in 1905 as a German Jew, Fred Harry Meyer (1905–1969) and his new Christian bride fled to the United States in the nick of time in 1937. His autobiography provides a vivid and detailed yet flowing picture of the life left behind in Germany up till 1932 and the events that led to Nazi Germany, World War II, and the Holocaust.