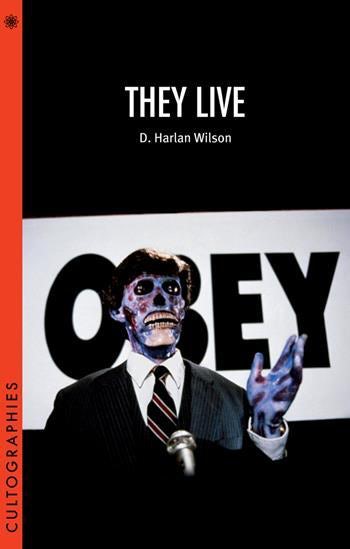 Born out of the cultural flamboyance and anxiety of the 1980s, They Live (1988) is a hallmark of John Carpenter's singular canon, combining the aesthetics of multiple genres and leveling an attack against the politics of Reaganism and the Cold War. The decision to cast the professional wrestler "Rowdy" Roddy Piper as his protagonist gave Carpenter the additional means to comment on the hypermasculine attitudes and codes indicative of the era. This study traces the development of They Live from its comic book roots to its legacy as a cult masterpiece while evaluating the film in light of the paranoid/postmodern theory that matured in the decidedly "Big 80s." Directed by a reluctant auteur, the film is examined as a complex work of metafiction that calls attention to the nature of cinematic production and reception as well as the dynamics of the cult landscape.

The book They Live reframes the film "They Live" through creative, compelling critique. It makes an elegant case, time after time, for taking this film seriously as well as science fiction cult cinema more broadly. Extrapolation

This book... [allows] the reader to delve beyond the surface of this cult classic and explore the film's deeper message. San Francisco Book Review

D. Harlan Wilson is a professor of English at Wright State University.