Art in East-Central Europe After 1989 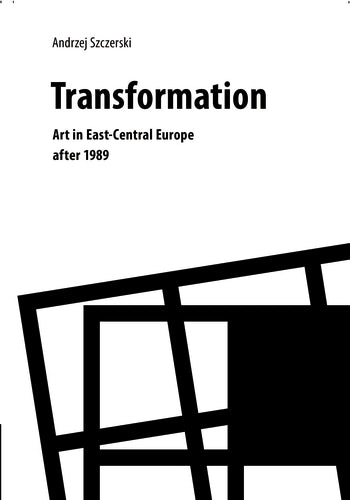 Art in East-Central Europe After 1989

The year 1989 marked the end of one era and the beginning of another—the period of postcommunist transformation. Similar processes were taking place in other former Eastern Bloc countries that were declaring free elections, reclaiming full sovereignty, building democracy, and completely changing their economies in favor of free market capitalism. The several historic months in the latter half of 1989 came to be known as the “Autumn of Nations” and ushered in the total liberation of East-Central Europe from Soviet domination. Less than two years later, the Soviet Union itself collapsed, signaling the end of the Cold War in Europe. The new era brought not only political and economic changes, but also cultural ones which would lead to reclaiming individual liberties and other civil rights, as well as to the rebuilding of national identities within the European community which could now, finally, encompass the entire continent. Culture became a moving force for change, as censorship was abolished, monuments to communist heroes were removed, and streets renamed.

The radical cultural changes reverberated in the art of the period, its ideology, and the system of institutional sponsorship that promoted the three approaches most popular with artists. Many of them engaged in the changes directly, creating works that either commented on current events or proposed what they believed to be the right direction for the transformation to take. Others, although preferring to observe from a distance, highlighted the diverse contexts and historical antecedents generated by the cultural identities of countries, regions, or even artistic centers, in which the changes were rooted. The third contribution of contemporary art was its role in shaping how we remember the communist period, by on the one hand questioning the past, and on the other accenting the persistence of the traces it left behind, thereby inviting reflection on its negative as well as its positive ramifications. The art created in these circumstances and that related directly to the post-1989 transition, democracy, and a free market economy can be united under the name “art of the transformation” and it is the subject of this publication.

Andrzej Szczerski's book raises a very important problem, which has not received comprehensive elaboration in Polish literature (and to some extent also in foreign literature on the subject). Thus, the book fills an important gap in our knowledge of the latest Polish art and the art of our closer and further neighbors. The author skillfully combines in his text general issues with detailed examples of works and artistic projects of artists originating from a wide range of countries included in East-Central Europe according to the definition adopted by him. His curatorial experience is important too – he was curator of some important exhibitions of contemporary art. Tomasz Gryglewicz

Andrzej Szczerski is a historian and art critic, assistant professor in the Art History Institute of the Jagiellonian University, and the research deputy director of the National Museum in Krakow in 2016–2018. He is the author of numerous publications on nineteenth- and twentieth-century art as well as contemporary art, including Four Modernities: Texts About Polish Art and Architecture in the Twentieth Century (2015). He is curator of numerous exhibitions, including Modernizations 1918–1939. The Future Perfect in the Museum of Art in Lodz (2010), The Power of Fantasy. Modern and Contemporary Art from Poland in BOZAR Centre for Fine Arts in Brussels (2011) Lviv, 24th June 1937. City, architecture, modernism in Museum of Architecture in Wrocław (2016/2017), and #Heritage in National Museum in Krakow (2017/2018).