The Lure of the Low 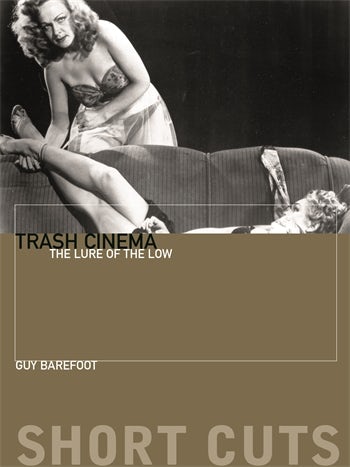 The Lure of the Low

This volume explores the lower reaches of cinema and its paradoxical appeal. It looks at films from the B-movies of the 1930s to the mockbusters of today, and from the New York underground to the genre variations of Turkey's Yesilçam studios (and their YouTube afterlife). Critically examining the reasons for studying, denigrating, or celebrating the detritus of film history, it also considers the place of a trash aesthetic within and beyond 1960s American avant-garde and looks at the cult of trash in the fanzines of the 1980s. It draws on debates about cult, paracinema, and camp, arguing that trash cinema exists in relation to these but brings with it a particular history that includes the ordinary as well as the strange. Trash Cinema places these debates, and the strand of self-proclaimed low culture that emerged in the second half of the twentieth century, within a historical and international perspective. It focuses on American cinema history but addresses Eurotrash reception as well as the related field of garbology, examining trash cinema as a distinct but fluid category.
Acknowledgements
1. Definitions and Debates
2. Before the 1960s: From B to Z
3. Trash Aesthetics
4. The Cult of Trash
5. From Flash Gordon to Baytekin
Select Filmography
Bibliography
Index

Guy Barefoot is associate professor of film studies at the University of Leicester. He is the author of The Lost Jungle: Cliffhanger Action and Hollywood Serials of the 1930s and 1940s (2016).