Men, Emotions, and the Crisis in American Farming 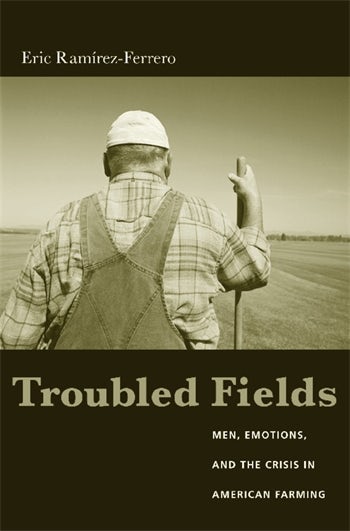 Men, Emotions, and the Crisis in American Farming

In Oklahoma in the 1980s and 1990s, suicide—not accident as previously assumed—was the leading cause of agricultural fatalities among farmers. Men were five times more likely to die by suicide than by accident. What was causing these men—but not women—to want to kill themselves? Ramírez-Ferrero suggests that the root causes lie not in purely economic or personal factors but rather in the processes of modernization. He shows how cultural and social changes have a dramatic effect on men's identities as providers, stewards, and community members. Using emotions and gender as modes of analysis, he locates these men's stories in the wider context of American history, agricultural economics and politics, capitalism, and Christianity.

An invaluable contribution to the ethnography of agriculture in the United States. Great Plains Research

This richly researched and well-written book is valuable for many reasons Leon Ginsberg, University of South Carolina, Journal of Sociology and Social Welfare