Visitors at the End of Life 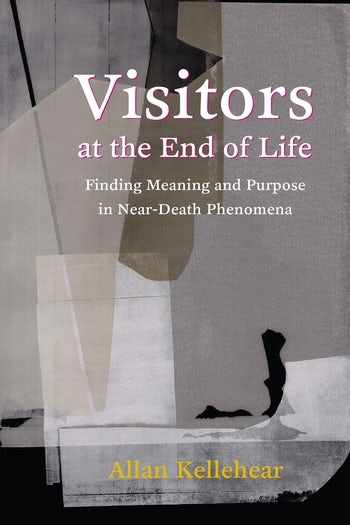 Visitors at the End of Life

About 30 percent of hospice patients report a “visitation” by someone who is not there, a phenomenon known in end-of-life care as a deathbed vision. These visions can be of dead friends or family members and occur on average three days before death. Strikingly, individuals from wildly diverse geographic regions and religions—from New York to Japan to Moldova to Papua New Guinea—report similar visions. Appearances of our dead during serious illness, crises, or bereavement are as old as the historical record. But in recent years, we have tended to explain them in either the fantastical terms of the supernatural or the reductive terms of neuroscience.

This book is about how, when, and why our dead visit us. Allan Kellehear—a medical sociologist and expert on death, dying, and palliative care—has gathered data and conducted studies on these experiences across cultures. He also draws on the long-neglected work of early anthropologists who developed cultural explanations about why the dead visit. Deathbed visions conform to the rituals that underpin basic social relations and expectations—customs of greeting, support, exchange, gift-giving, and vigils—because the dead must communicate with us in a social language that we recognize. Kellehear emphasizes the personal consequences for those who encounter these visions, revealing their significance for how the dying person makes meaning of their experiences. Providing vital understanding of a widespread yet mysterious phenomenon, Visitors at the End of Life offers insights for palliative care professionals, researchers, and the bereaved.

A respectful examination of visitations from the dead on a deathbed and in bereavement, Kellehear adds to an emerging body of work that is of great interest. Visitors at the End of Life does an excellent job addressing this topic with an objective and serious tone. Kenneth J. Doka, Graduate School of the College of New Rochelle

Allan Kellehear is 50th Anniversary Professor of End of Life Care at the University of Bradford. His books include A Social History of Dying (2007) and The Inner Life of the Dying Person (Columbia, 2014).