Imperial Surveillance and Workers from Punjab in Bengal 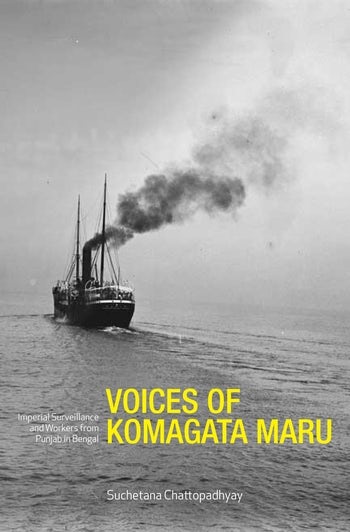 Imperial Surveillance and Workers from Punjab in Bengal

Early twentieth-century Calcutta was not just a point of passage within the British Empire, but a key center of colonial power; a crucial laboratory of imperial repressive practices cultivated and applied elsewhere. Histories of the Komagata Maru or the Ghadar Movement offer rewarding perspectives on Punjabi Sikh migrants, but fail to adequately investigate why the ship was brought to Bengal; why overwhelming locally organized imperial vigilance was imposed on ships that arrived soon afterward; and the extent to which the operation of the repressive colonial state apparatus influenced the intersections of anticolonial strands in Calcutta and its surroundings during 1914–15.

This monograph traces this early wartime clash of positions and the organized postwar transmission of the memory of the Komagata Maru as a symbol of resistance among the Sikh workers in the industrial centers of southwest Bengal. It acts as a link in a chain of scholarship that has hitherto traced the spread of radical anticolonial currents among the Punjabi Sikh diaspora that connected Punjab with Southeast Asia, East Asia, and the Americas.

Voices of Komagata Maru lucidly illumines an important segment of India’s colonial history that has for long remained overlooked by historians. Frontline

This book is important to anyone studying networks of British imperialism, Oceanic colonialism, ethnic histories in Canada and India, the connection between labour politics and revolutionary movements, the Sikh diaspora, and Indian urban politics. In the wake of the voyage of the Komagata Maru, Chattopadhyay offers rare insight into the regional formations of radical anti-colonial and anti-capitalist collectives. Canadian Journal of Political Science

Suchetana Chattopadhyay teaches history at Jadavpur University, Kolkata, West Bengal. She studied at Jadavpur University and the School of Oriental and African Studies, University of London, and has published articles in South Asia Research and History Workshop Journal. She is the author of An Early Communist: Muzaffar Ahmad in Calcutta, 1913–1929.