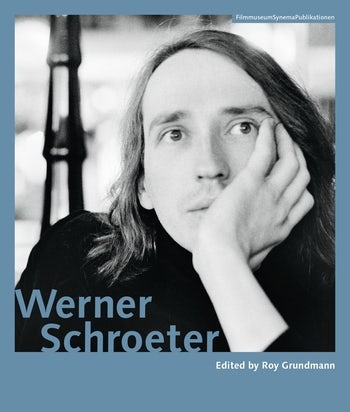 In a four-decade-long career that generated more than forty films and numerous stage productions, Werner Schroeter became one of the most important directors in Germany and Europe since the late 1960s. After making a flurry of short films in a climate of feverish artistic experimentation and political upheaval, Schroeter soon gained recognition for Eika Katappa (1969) and The Death of Maria Malibran (1971), early mature works showcasing avant-garde performance as iconoclastic expression of rebellion and pathos. Following a decade of uncompromising experimental work, his deeply humanist features Il Regno di Napoli (1979) and Palermo or Wolfsburg (1980) brought him broader success. Yet Schroeter maintained his reputation as an enfant terrible of the German cultural scene with controversial stagings of operas and plays and with smartly observed documentaries on art, film, and politics.

This volume traces Schroeter’s career as a filmmaker from early and rarely discussed works such as Salome (1971) and Willow Springs (1973) to his late 1970s breakout hits and later complex and mature art-house productions such as The Rose King (1986), Malina (1991), and Nuit de Chien (2008). The volume is supplemented by Schroeter’s own writings and conversations and includes an interview with his long-time collaborator Elfi Mikesch as well as an authoritative and completely updated filmography.

This beautiful collection is yet another example of Grundmann’s tireless attempts at making the work of filmmakers considered “difficult” palatable to viewers brought up on the easy fare of Hollywood narrative cinema. EuropeNow

Roy Grundmann is associate professor of film studies at Boston University. He is the author of Andy Warhol’s Blow Job (2003); the editor of A Companion to Michael Haneke (2010); and a coeditor of the The Wiley-Blackwell History of American Film Vols. I-IV (2012) and its updated two-volume paperback version American Film History: Selected Readings (2015). A contributing editor of Cineaste magazine, Grundmann’s writings have appeared in numerous journals and essay collections. He has curated retrospectives on Andy Warhol, Matthias Müller, and Michael Haneke.