Why America Misunderstands the World

National Experience and Roots of Misperception 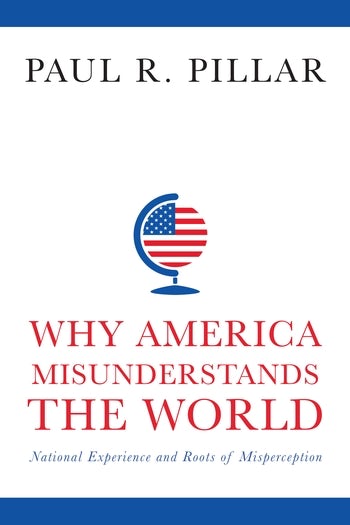 Why America Misunderstands the World

National Experience and Roots of Misperception

Being insulated by two immense oceans makes it hard for Americans to appreciate the concerns of more exposed countries. American democracy's rapid rise also fools many into thinking the same liberal system can flourish anywhere, and having populated a vast continent with relative ease impedes Americans' understanding of conflicts between different peoples over other lands. Paul R. Pillar ties the American public's misconceptions about foreign threats and behaviors to the nation's history and geography, arguing that American success in international relations is achieved often in spite of, rather than because of, the public's worldview.

Drawing a fascinating line from colonial events to America's handling of modern international terrorism, Pillar shows how presumption and misperception turned Finlandization into a dirty word in American policy circles, bolstered the "for us or against us" attitude that characterized the policies of the George W. Bush administration, and continue to obscure the reasons behind Iraq's close relationship with Iran. Fundamental misunderstandings have created a cycle in which threats are underestimated before an attack occurs and then are overestimated after they happen. By exposing this longstanding tradition of misperception, Pillar hopes the United States can develop policies that better address international realities rather than biased beliefs.

A formidable and influential scholar offers a fresh and distinctive take on the idea that U.S. foreign policy is ultimately an expression of 'us' rather than 'them.' Andrew Bacevich, Boston University

Paul R. Pillar is one of the few people who have the government experience and the scholarly accomplishments to be able to analyze how and why the United States so often builds its policies on badly flawed views of the world—and of itself. He shows that America is indeed exceptional, although not in the way that political leaders would have it. Robert Jervis, author of Why Intelligence Fails: Lessons from the Iranian Revolution and the Iraq War

Why America Misunderstands the World confirms Pillar's status as one of the smartest and sanest writers on U.S. foreign policy. His forceful yet fair-minded analysis explains how good fortune made America very powerful but also left Americans ill-equipped to understand how politics work outside their borders. The result? Repeated foreign policy failures and a remarkable inability to learn from them. This book should be required reading for students seeking a career in the foreign policy establishment, and especially those who hope to occupy the Oval Office. Stephen Walt, Harvard Kennedy School

Recommended for the general reader who has an interest in international relations, particularly in regard to how the United States may, in fact, be perceived by other countries. Library Journal

Pillar's is one of the best books on this important subject I have ever read. Chronicles

Richly persuasive and powerfully written.... Why America Misunderstands the World is a work that should be an essential, basic read for any interested observer of American foreign policy. Choice

This book should be required reading for all presidential candidates. Gordon S. Brown, Foreign Service Journal

Paul R. Pillar raises interesting and important questions about the preconceptions drawn from America's own national experience.... Every country has such preconceptions, but Pillar argues, most persuasively, that America's are particularly potent. Survival

A well-thought-out examination of the United States' distinct history and its psychological, policy-shaping consequences. Arab Weekly

This insightful book will be of use to any student of international relations and foreign policy, particularly at the introductory level. In fact, its clarity and conciseness makes it accessible to a wider, public audience who would do well to educate themselves on the foreign policies that are entwined in their lives. International Social Science Review

Paul R. Pillar is nonresident senior fellow at the Center for Security Studies of Georgetown University. He served in several senior positions with the CIA and the National Intelligence Council and is a retired army reserve officer. He is the author of Intelligence and U.S. Foreign Policy: Iraq, 9/11, and Misguided Reform; Terrorism and U.S. Foreign Policy; and Negotiating Peace: War Termination as a Bargaining Process.