Nation, Region, and Technology in the Southwestern United States, 1854-1920 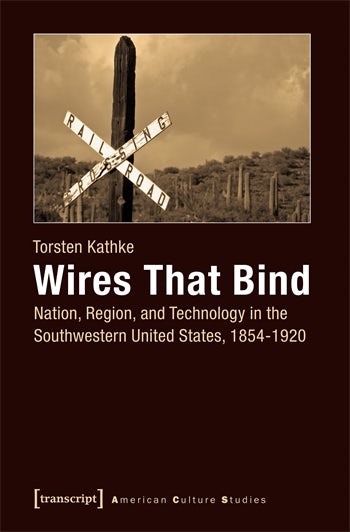 Nation, Region, and Technology in the Southwestern United States, 1854-1920

The arrival of telegraphy and railroads changed power relations throughout the world in the nineteenth century. In the Mesilla region of the American Southwest, it contributed to two distinct and rapid shifts in political and economic power from the 1850s to the 1920s. Torsten Kathke illustrates how the changes these technologies wrought everywhere could be seen at a much accelerated pace here. A local Hispano elite was replaced first by a Hispano-Anglo one and finally a nationally oriented Anglo elite. As various groups tried to gain, hold, and defend power, that region became bound ever closer to the US economy and to the federal government.

Torsten Kathke is a lecturer at the Obama Institute for Transnational American Studies at Johannes Gutenberg University in Mainz and an adjunct lecturer in the department of history at the University of Cologne. He is an associated member of the research group "Economization of the Social" at the Max Planck Institute for the Study of Societies.