Yiddish Literature in the People’s Republic of Poland on the Holocaust, Poland, and Communism 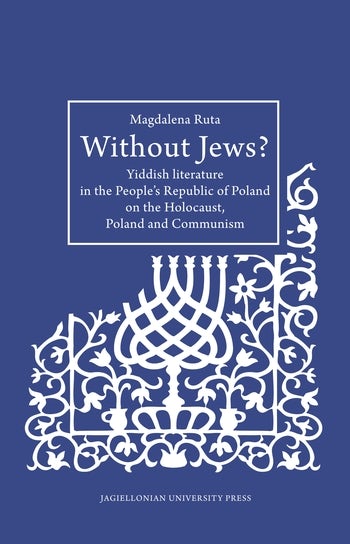 Yiddish Literature in the People’s Republic of Poland on the Holocaust, Poland, and Communism

Literature in Yiddish has an almost millennium-long history. A major, if not the definitive caesura in its evolution was the outbreak of World War II, during which, of the approximately 11 million Jews who used Yiddish in their day-to-day affairs, over half perished. Yiddish literature emerged from the war severely crippled, weakened by the deaths of its writers and readers. But for many years after the war those who survived made immense efforts, in various places across the globe, to revive and foster culture in their mother tongue. After the Holocaust the major centers of literary life shifted to Western Europe, the United States, and Israel. It is widely believed that, outside the Soviet Union, there was little activity in Eastern Europe after the war. But in Poland there was a small though burgeoning and very dynamic center of Jewish life. The community that was building it consisted of the handful of people who had miraculously survived the Holocaust in Poland, and the far larger group of those who had seen the war out in the USSR. It is the literary output of this community of survivors, created and/or published in post-war Poland to 1968, that is the subject of analysis in this work.

Magdalena Ruta explores the virtually unknown area of Yiddish literature created in Poland after World War II. She unravels before general readers and future researchers numerous texts and analyzes them in a lucid and captivating manner. The book should appeal to readers from various disciplines as well as to a non-scholarly audience as it touches upon difficult and complex problems that only recently have become the subject of thorough research and that are still perceived as controversial, such as Polish-Jewish relations after the war, or the fascination of a substantial number of Polish Jewish intellectuals with communism. It is worth stressing that the author deals with this sensitive topic competently and objectively. Monika Adamczyk-Garbowska

Magdalena Ruta is associate professor at the Institute of Jewish Studies at the Jagiellonian University in Krakow, where she teaches Yiddish language and literature. She has translated several prose works from Yiddish into Polish and published numerous articles on modern Yiddish literature.