Wittgenstein, a One-Way Ticket, and Other Unforeseen Benefits of Studying Chinese 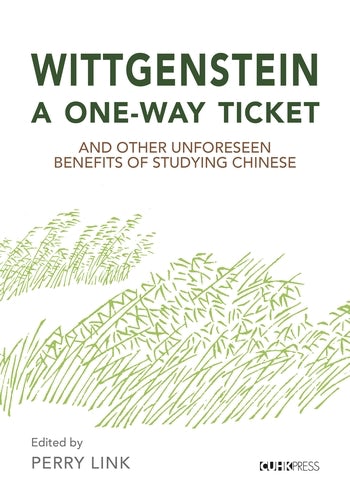 Wittgenstein, a One-Way Ticket, and Other Unforeseen Benefits of Studying Chinese

This is a fascinating, insightful collection of essays by some of the world’s most renowned China experts, who share personal recollections of their time in China—often beginning in the 1970s, when foreigners were just beginning to navigate the linguistic and cultural terrain of that country—and reflect on what learning Chinese has meant to them in their careers and lives. Ian Johnson, the Pulitzer Prize–winning journalist notes in his essay, it is only by knowing the language that we can effectively enter people’s lives—their myths and histories, their interior lives and dreams. Trying to do this without speaking the language is usually fraudulent and results in only a clichéd understanding of other cultures. Simply knowing Chinese won’t solve all these problems, but the reverse proposition is true: we can’t really understand China and interpret it for audiences back home unless we know the language. Thomas Gorman’s equally sprightly essay tells how, in 1974, he set out hitchhiking to Vancouver in order to take a cheap flight to Hong Kong, where he arrived with only $150 in his pocket. Twenty-one years later, he was president of the U.S. Chamber of Commerce in Hong Kong.

These ten native English speakers (including veteran journalists, expert in Chinese art history, scholar in classical Chinese literature, teacher of Chinese language, economics policy advisor, businesspeople, and expert in Chinese law) share rare and, at times, humorous and intimate moments, of how learning and speaking Chinese has removed barriers, built rapport, opened doors, and sometimes led them down entirely unexpected roads that have changed the course of their lives.
Table of Contents

2. A Manifesto for a New Foreign Reporting

3. Why Studying Chinese Makes a Difference: Some Reasons You’ve Never Thought Of

4. What Would Have Happened if I Hadn’t Studied Chinese? An Art Historian's Encounters

5. My Debt to Sheer Chance

6. The Root of Everything

7. The Hazards of Doing Chinese Law without Knowing Chinese

8. Correct Tones and Ludwig Wittgenstein: Two Keys for the Effective Use of Chinese

9. Doing Business in Chinese? Here are the Huge Advantages

10. You’re Never Coming Back …and Other Tales from My Journey to China

PERRY LINK is professor emeritus of East Asian studies at Princeton University, and Chancellorial Chair for Teaching Across Disciplines, University of California, Riverside. He is famous both as an innovative scholar of modern Chinese literature and as an authority on contemporary Chinese politics and intellectual life.