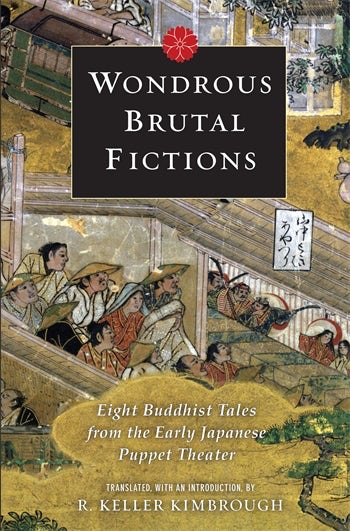 Wondrous Brutal Fictions presents eight seminal works from the seventeenth-century Japanese sekkyo and ko-joruri puppet theaters, many translated into English for the first time. Both poignant and disturbing, they range from stories of cruelty and brutality to tales of love, charity, and outstanding filial devotion, representing the best of early Edo-period literary and performance traditions and acting as important precursors to the Bunraku and Kabuki styles of theater.

As works of Buddhist fiction, these texts relate the histories and miracles of particular buddhas, bodhisattvas, and local deities. Many of their protagonists are cultural icons, recognizable through their representation in later works of Japanese drama, fiction, and film. The collection includes such sekkyo "sermon-ballad" classics as Sansho Dayu, Karukaya, and Oguri, as well as the "old joruri" plays Goo-no-hime and Amida's Riven Breast. R. Keller Kimbrough provides a critical introduction to these vibrant performance genres, emphasizing the role of seventeenth-century publishing in their spread. He also details six major sekkyo chanters and their playbooks, filling a crucial scholarly gap in early Edo-period theater. More than fifty reproductions of mostly seventeenth-century woodblock illustrations offer rich, visual foundations for the critical introduction and translated tales. Ideal for students and scholars of medieval and early modern Japanese literature, theater, and Buddhism, this collection provides an unprecedented encounter with popular Buddhist drama and its far-reaching impact on literature and culture.

The tales included in this collection fill a significant gap in our understanding of the intersection of itinerant Buddhist storytelling tradition and the early puppetry in Japanese religion and society. Kimbrough's introduction is informative and his translation is gripping and accessible.... A must read. Jane-Marie Law, Japanese Language and Literature

Kimbrough has been most active as a scholar of medieval religious literature, and his erudition is evident in these excellent translations of the sekkyo classics. William Lee, Japanese Journal of Religious Studies

This collection is of great value to theatre history, religious studies, and cultural studies.... [Wondrous Brutal Fictions] should be celebrated for making connections between the performative, the religious, and the textual. Kevin J. Wetmore, Jr., Japanese Studies