A Brief History and Philosophy 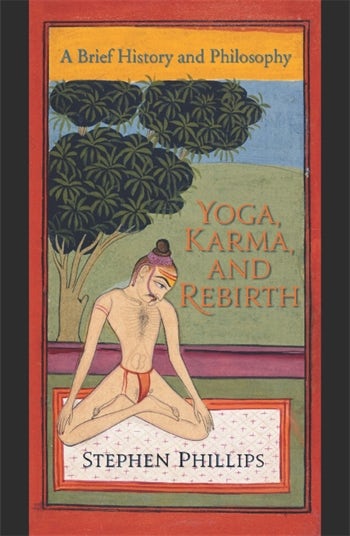 A Brief History and Philosophy

For serious yoga practitioners curious to know the ancient origins of the art, Stephen Phillips, a professional philosopher and sanskritist with a long-standing personal practice, lays out the philosophies of action, knowledge, and devotion as well as the processes of meditation, reasoning, and self-analysis that formed the basis of yoga in ancient and classical India and continue to shape it today.

In discussing yoga's fundamental commitments, Phillips explores traditional teachings of hatha yoga, karma yoga, bhakti yoga, and tantra, and shows how such core concepts as self-monitoring consciousness, karma, nonharmfulness (ahimsa), reincarnation, and the powers of consciousness relate to modern practice. He outlines values implicit in bhakti yoga and the tantric yoga of beauty and art and explains the occult psychologies of koshas, skandhas, and chakras. His book incorporates original translations from the early Upanishads, the Bhagavad Gita, the Yoga Sutra (the entire text), the Hatha Yoga Pradipika, and seminal tantric writings of the tenth-century Kashmiri Shaivite, Abhinava Gupta. A glossary defining more than three hundred technical terms and an extensive bibliography offer further help to nonscholars. A remarkable exploration of yoga's conceptual legacy, Yoga, Karma, and Rebirth crystallizes ideas about self and reality that unite the many incarnations of yoga.

Philosophically inquisitive and thoughtful readers will benefit from reading (and rereading) Yoga, Karma, and Rebirth, which is a unique contribution to the burgeoning literature on yoga. Michael Dasti, Bhakti Collective

"Stephen Phillips is widely recognized as one of the most distinguished and accomplished Western philosophers to master the Indian tradition by working with original texts in Sanskrit and showing their relevance to contemporary thought. This work stands as the very best on Yoga and should command a great deal of attention by both academic scholars and those who engage in the practices of yoga disciplines." Eliot Deutsch, University of Hawaii

Stephen Phillips takes us deep into the world of yoga. Tikkun

Stephen Phillips (PhD, Philosophy, Harvard) is Professor of Philosophy and Asian Studies at the University of Texas at Austin. He is the author of several books, including Epistemology of Perception (AIBS, 2004), Yoga, Karma, and Rebirth: A Brief History and Philosophy (Columbia, 2009), and Epistemology in Classical India: The Knowledge Sources of the Nyaya School (Routledge, 2015). He specializes in Indian philosophies, world philosophies, and philosophy of religion.