Zero and Other Fictions 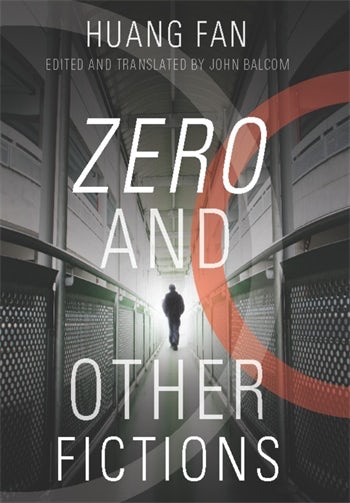 Zero and Other Fictions

Huang Fan burst onto Taiwan's literary scene in the 1980s, publishing pointed urban portraits and political satires that captured the reading public's attention. After decades of innovative work, he is now one of Asia's most celebrated authors, crucial to understanding the development of Taiwanese literature over the past fifty years.

The first collection of Huang Fan's work to appear in English, this anthology includes Zero, a prize-winning dystopian novella echoing George Orwell's chilling 1984. Set in a postapocalyptic world, Zero features Xi De, a young man raised in an elite community who risks everything to challenge his society's charismatic leader and technocratic rule. Huang Fan's novella poignantly illustrates the quandary of an idealistic man trapped among conflicting claims to truth, unsure whether to think of himself as heroic or foolish in his ultimate choice of resistance and sacrifice.

This anthology also features three critically acclaimed short stories: "Lai Suo," which established Huang Fan's reputation as a groundbreaking author; "The Intelligent Man"; and "How to Measure the Width of a Ditch." In "Lai Suo," a naïve individual becomes the pawn of powerful men intent on political advancement. In "How to Measure the Width of a Ditch," an unreliable narrator spins an absurdist, metafictional tale of his childhood in Taipei, and in "The Intelligent Man," Huang Fan weaves an allegorical satire about political reunification set against a backdrop of Taiwanese migration to the United States, with a trenchant look at expanding business interests in mainland China and Southeast Asia. All together, these remarkable works portray the tensions and aspirations of modern Taiwan.

Occasionally a writer comes along who truly makes a difference, inaugurates changes, and sets new literary standards. Huang Fan is one of these, and he's done it more than once. This book is a must read. Howard Goldblatt, University of Notre Dame, coeditor of Loud Sparrows: Contemporary Chinese Short-Shorts and The Columbia Anthology of Modern Chinese Literature

No writer better epitomizes the uncertainty and tumult of the 1980s in Taiwan than Huang Fan, an author whose work runs the gamut from poignant and subtle political critique to postmodern metafictional experimentation and finally futuristic, visionary science fiction. Few translators are up to the task as well as John Balcom, a seasoned and sensitive wordsmith who combines an understanding of the shades of meaning in the Chinese language with decades of experience in Taiwan and an artist's facility in English. Christopher Lupke, Washington State University

This is Huang Fan's fiction at its finest. These subtly crafted stories leave a lasting impression that deepens with time. Zero immerses the reader in a society that simultaneously entices and entraps, inciting real confusion as to its actual workings. Written in the early 1980s when Taiwan was an autocratic regime embedded in neoliberal globalization, the story transcends identifiable times and locales to masterfully query global power structures. Robin Visser, The University of North Carolina at Chapel Hill, author of Cities Surround the Countryside: Urban Aesthetics in Postsocialist China

Zero begins as a rather conventional and simple story of a dystopia, but Huang's presentation does eventually add up nicely. By American standards, the novella is underdeveloped -- loads of padding could easily have been added, and certainly would have made for a richer picture -- but it's strong enough to impress even in this almost spare form. M.A. Orthofer, The Complete Review

Those stories, though, are good enough that we must hope that Balcom and others will make more of Huang Fan's abundant output available in English. David Cozy, Japan Times

offers perspective on universal themes including technology, political authority, and the vulnerability of the individual in modern society. Perhaps more importantly, this compilation is an indication of the growing respect given to Taiwanese literature by Anglophone academia. Joseph Eaton, Taiwan Review

The slimness of this new volume—comprising three short stories and one novella—belies an author of notable versatility and vision who is preoccupied by urgent questions of individualistic selfhood and its pitfalls, social interaction, cognitive dissonance and narrative strategy. The European Legacy

Read the story >how to measure the width of a ditch.

Huang Fan (b. 1950) is a prominent Taiwanese writer who gained recognition in the 1980s with his short story "Lai Suo." From 1993 to 2002, he retreated to a monastery to study Buddhist scripture, refusing all contact with the outside world. He subsequently recaptured the world's attention with the publication of "Impatient Country," "College Thief," and "Surmising a Cat," and has since won every major literary award offered in Taiwan.

John Balcom is an award-winning translator of Chinese literature, philosophy, and children's books. He teaches translation at the Monterey Institute of International Studies, where he ran the Chinese program for many years. Publications include Taiwan's Indigenous Writers: An Anthology of Stories, Essays, and Poems, and There's Nothing I Can Do When I Think of You Late at Night by Cao Naiqian, both of which won a Northern California Book Award.