As a structuring force in social life, race is a basis for discrimination and structural inequality, a social reality, and a foundation for reactionary or affirmative group politics. This new series, combining work in history, the social sciences, the biological sciences, and public health, will deepen our understanding of how ideological and scientific claims about race and race difference have impacted health and society historically and in the present day.

Issues of interest to the series’ editors include and are not limited to: 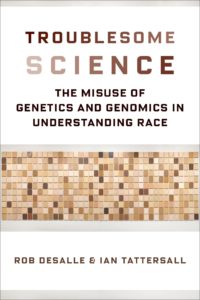 Troublesome Science: The Misuse of Genetics and Genomics in Understanding Race, by Rob DeSalle and Ian Tattersall

“In Troublesome Science, DeSalle and Tattersall tackle the contentious and important subject of human genetic diversity and its relationship to the definition of human groups. This bold, beautiful, thorough, and up-to-date demolition of the biological concept of race is based on excellent history and the latest science. Think of this clearly written and approachable book as a user’s guide to your own DNA and ancestry.” -Nina G. Jablonski, Evan Pugh University Professor of Anthropology, associate director of the Huck Institutes of the Life Sciences, Pennsylvania State University 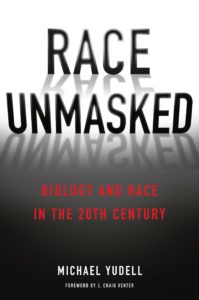 Race Unmasked: Biology and Race in the Twentieth Century, by Michael Yudell

“A challenging, well-researched work that clearly shows the interconnectedness of scientific and social thought.” –Kirkus Reviews

“This impressive book proceeds to challenge the standard narrative of race science’s postwar decline and fall…. Yudell follows in the footsteps of historians such as Richard Hofstadter and Charles E. Rosenberg—scholars who have uncovered the interdependence of biology and American social thought.” -Warwick Anderson

Plague and Partisanship: The Politics of Health in Puerto Rico, 1898-1917, by Linda C. Magaña

Black Biopolitics and HIV/AIDS: The Topology of a Continuing Crisis, by Lester K. Spence

We hope to recruit authors to the series to write books that are rigorous scholarship with contemporary appeal and that transcend academic boundaries. If you would like to propose a book, please email the series editors at rih@columbiauniversitypress.com with a one- or two-page prospectus that summarizes your book (its thesis, purpose, and methodological approach) and includes a brief description of intended audience and related/competing books in the field. Please explain what key questions or problems the proposed book will address or answer. Also please explain how the proposed book will contribute to the literature of its field and in what way is it distinctive. For more information, please refer to CUP’s proposal submission guidelines. 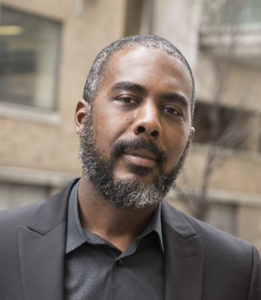 Samuel Kelton Roberts, Jr., is Director of Columbia University’s Institute for Research in African American Studies (IRAAS), Associate Professor of History  (Columbia University Arts and Sciences) and Associate Professor of Sociomedical Sciences (Mailman School of Public Health, Columbia University).  He is the author of Infectious Fear: Politics, Disease, and the Health Effects of Segregation (University of North Carolina Press, 2009), and is currently writing a book on the history of race and the politics of addiction during the heroin epidemics between the 1950s and the 1990s. He writes, teaches, and lectures widely on African-American social history, medical and public health history, harm reduction and drug policy, and criminal justice, policing, and social policy. 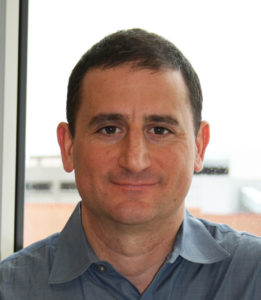 Michael Yudell is Professor and Chair of the Department of Community Health and Prevention at the Dornsife School of Public Health at Drexel University. Yudell is public health scientist whose work focuses on the history and ethics of public health and medicine, including projects on the history and ethics of genomics, the history of the race concept, and the history and ethics of autism research. Yudell is the author of Race Unmasked: Biology and Race in the 20th Century (Columbia University Press, 2014), winner of the 2016 Arthur J. Viseltear Award from the American Public Health Association. Yudell is also the author of several books with Rob DeSalle, including Welcome to the Genome: A User’s Guide to the Genetic Past, Present, and Future (John Wiley and Sons, 2nd Edition forthcoming, 2020) and the edited collection The Genomic Revolution: Unveiling the Unity of Life (Joseph Henry Press of the National Academy of Science, 2002). Yudell also conducts research on autism and ethics, including currently a National Science Foundation project examining the ethics of community-engaged autism research. He is writing A Way of Being Human, a history of autism spectrum disorders (Columbia University Press). Finally, Yudell is Chair of the Pennsylvania Secretary of Health’s Newborn Screening and Follow-up Technical Advisory Board. He also performs monthly with the cast of Study Hall at the Philadelphia Improv Theater.